In "Our Mutual Friend" (1864) Dickens lovingly portrays what was then becoming a universal social type, the humble office clerk, although now, 150 years later, apparently destined for extinction, or, at best, a modest Universal Basic Income,  by - you know - efficiency, progress, technology, IT, AI,  Messrs. Floogle, Fatebait and Flabazon, and all the rest of that drearysome, wearisome crew...

" ... the Reginald Wilfer family were of such commonplace extraction and pursuits that their forefathers had for generations modestly subsisted on the Docks, the Excise Office, and the Custom House, and the existing R. Wilfer was a poor clerk. So poor a clerk, though having a limited salary and an unlimited family, that he had never yet attained the modest object of his ambition: which was, to wear a complete new suit of clothes, hat and boots included, at one time. His black hat was brown before he could afford a coat, his pantaloons were white at the seams and knees before he could buy a 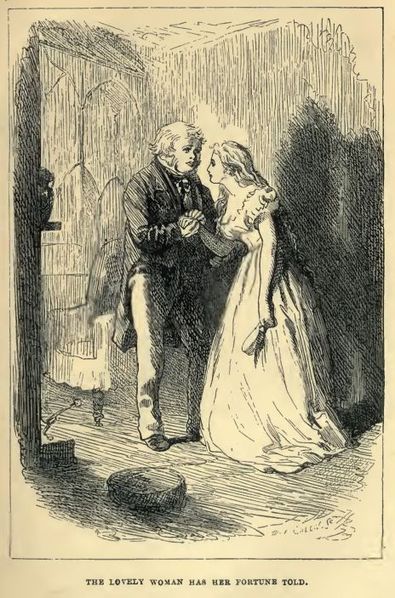 pair of boots, his boots had worn out before he could treat himself to new pantaloons, and, by the time he worked round to the hat again, that shining modern article roofed-in an ancient ruin of various periods.

If the conventional Cherub could ever grow up and be clothed, he might be photographed as a portrait of Wilfer. His chubby, smooth, innocent appearance was a reason for his being always treated with condescension when he was not put down. A stranger entering his own poor house at about ten o’clock P.M. might have been surprised to find him sitting up to supper. So boyish was he in his curves and proportions, that his old schoolmaster meeting him in Cheapside, might have been unable to withstand the temptation of caning him on the spot. In short, he was the conventional cherub, after the supposititious shoot just mentioned, rather grey, with signs of care on his expression, and in decidedly insolvent circumstances. "